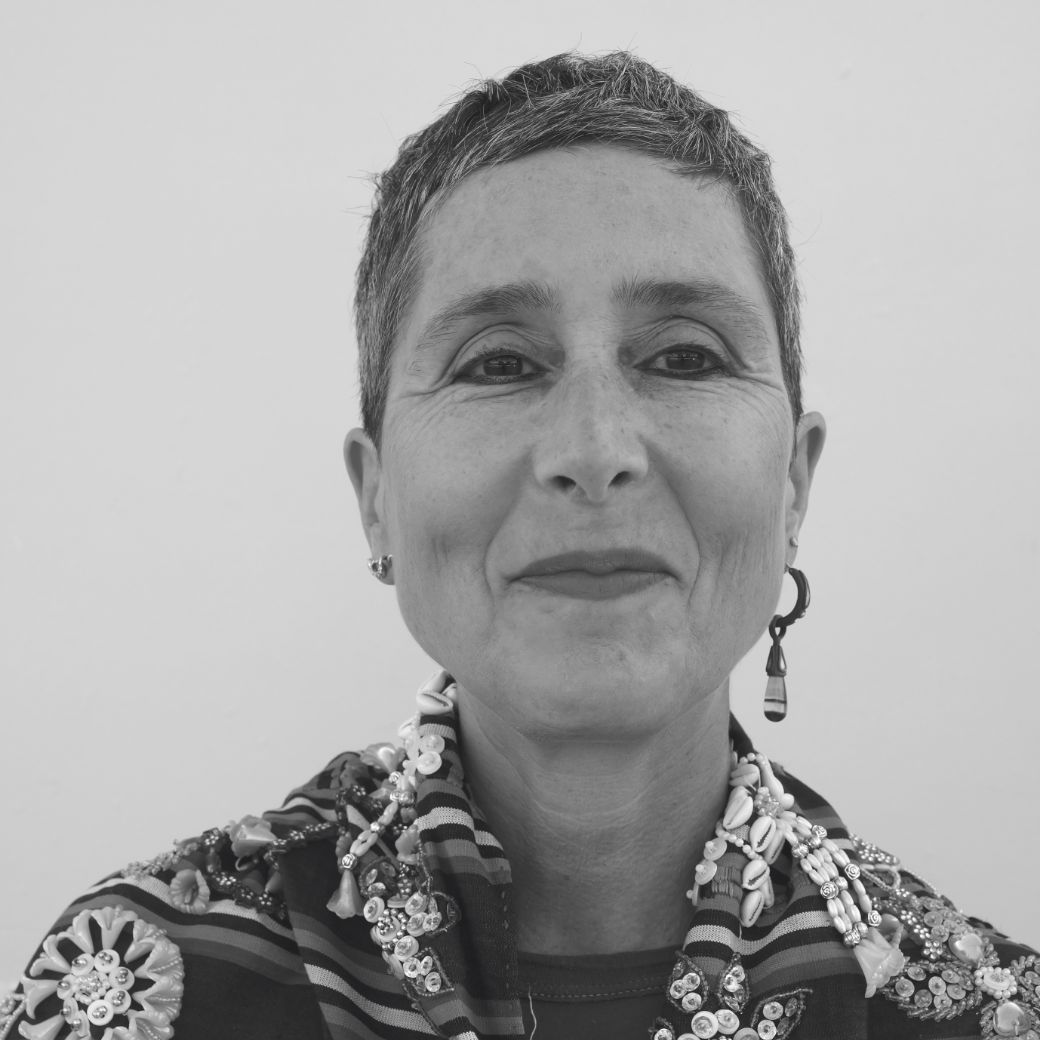 Born in Switzerland, a wanderer by nature from her adolescence, she write poems that led her into song, fashion, art and design.
Very young when living in Lausanne, she is commissioned to do interior design projects for various flats in Megève in the French Alps.
In Milan she works in fashion for CoSTUME NATIONAL, then becomes a model, she is selected by the Elite agency and is on the cover of the posters for a large exhibition on Maestro Capucci.
in Rome she is still writing poems and begins her artistic career that over the years develops through painting,  photography and drawing. In Florence she attends the Istituto Spinelli per l’ Arte e il Restauro where she refines her artistic practice. She then flies to New York where she studies literature at the New School and writes poems that she recites in venues in the East Village. She publishes a book of poems in English, French and Italian ” Il Sogno Dell ‘Unicorno” with Stampalternativa.

Back in Europe she writes songs and publishes an album entitled Giorì with Amiata Records. Her song ” Vèrs l”Est ” becomes a hit in Japan and the video of the single “Twist Druma” is a hit on MTV.And then she becomes a mother, leaves Italy for Brussels where she opens a concept store ‘EM 72’, a Bed and Breakfast ‘Ruedarwin17’ and works as an interior decorator. Ruedarwin17 appears in various interior books and magazines in Europe and elsewhere. She teaches a Master Class on ‘Luxury Living’ at the IED in Rome.
Back in New York she continues to work as an interior designer and attends Parsons School of Design’, creates a module for collective workplaces. Module’.

She now lives between New York and Noto, where she has just completed a Mural, inspired by the history of Noto, commissioned by the municipality.
For Il Piccolo Design, she designs a series of handmade carpets created using the traditional Kilim technique. More than happy with this new adventure, the series named ‘Ravie’ is connected to her homeland, her childhood, and the feeling of joy of moments spent in nature. 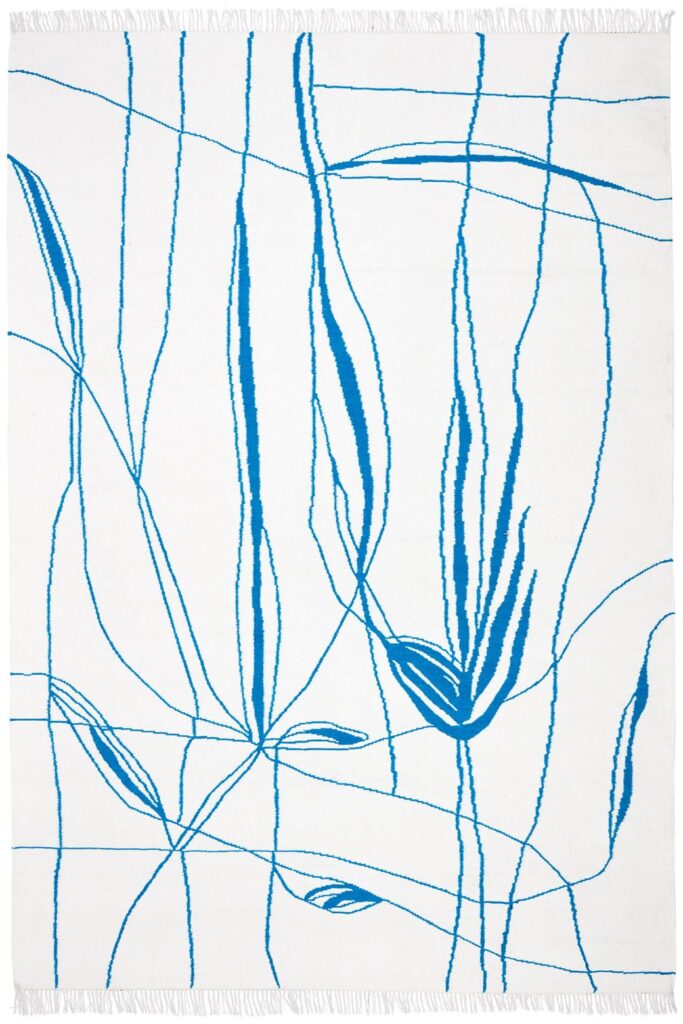 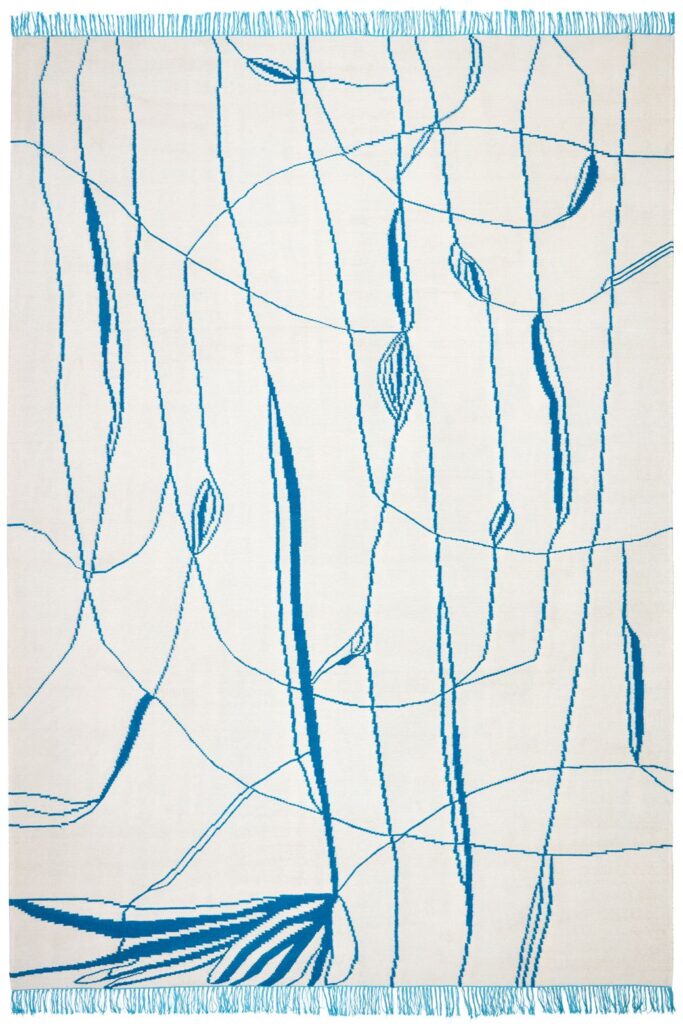 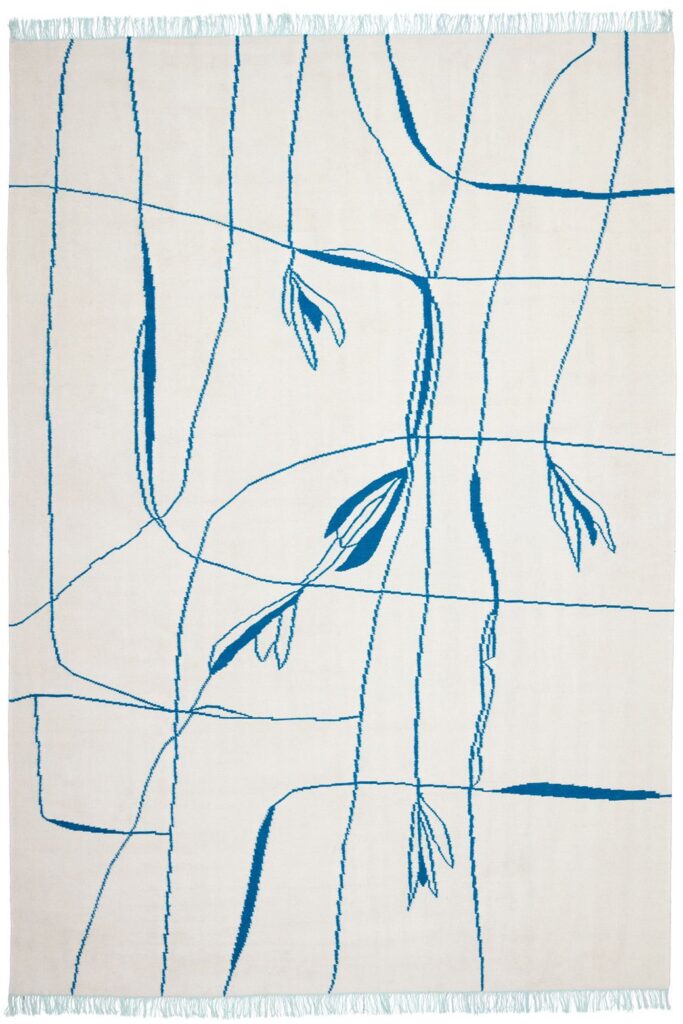 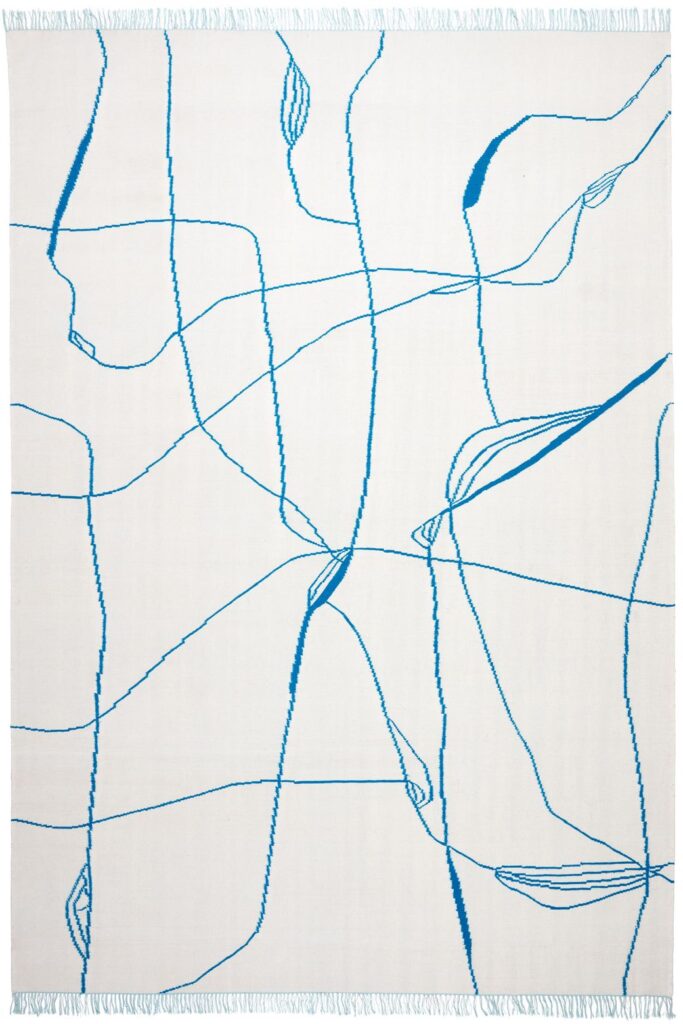 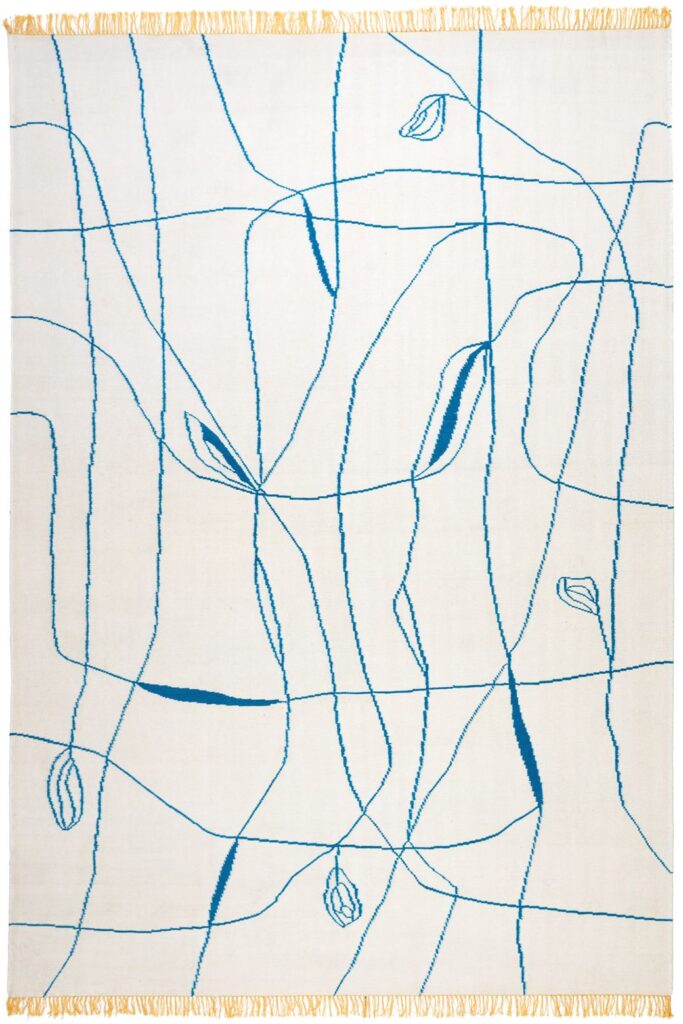 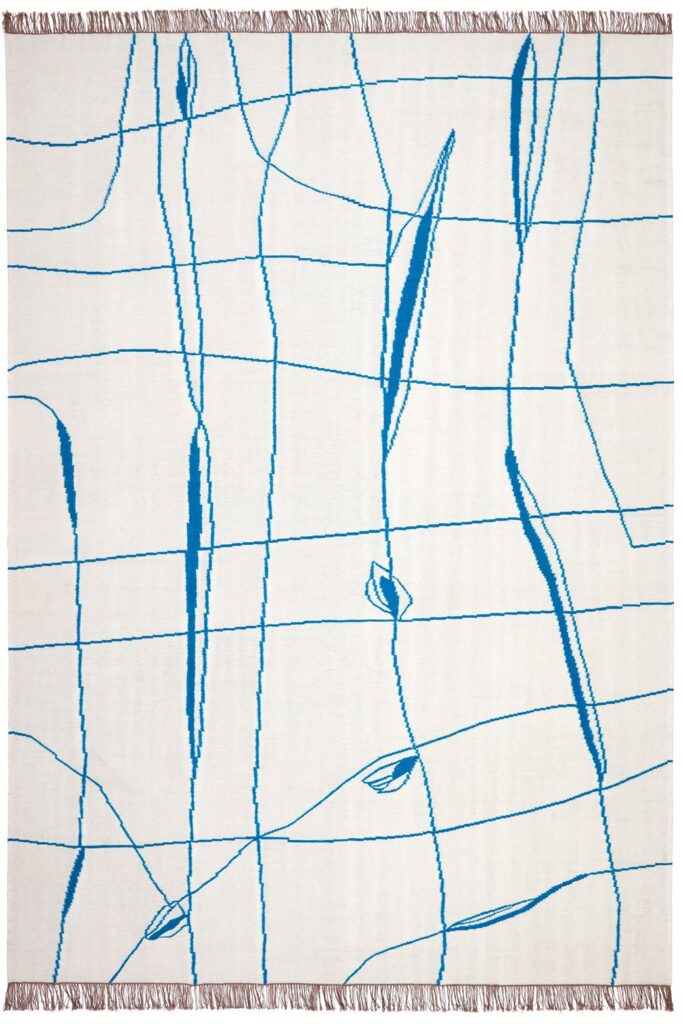 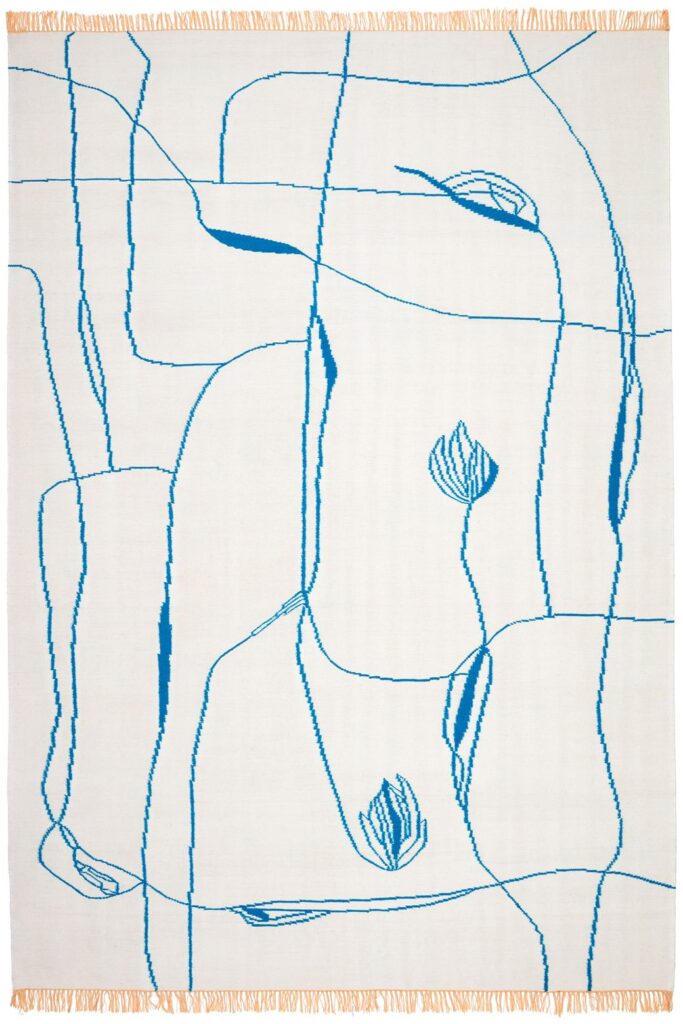 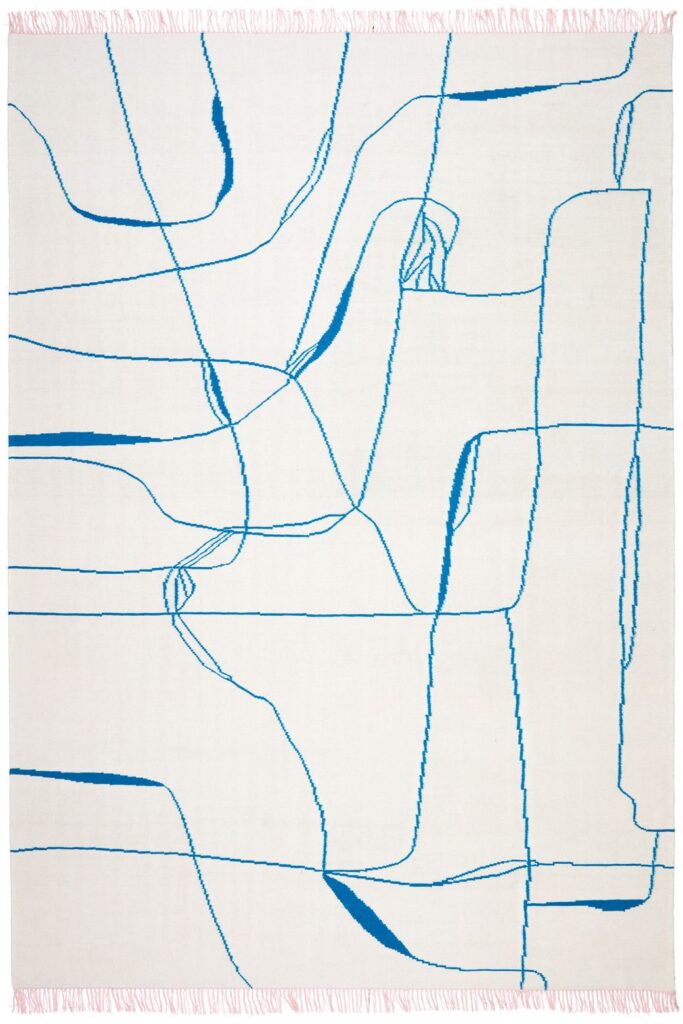 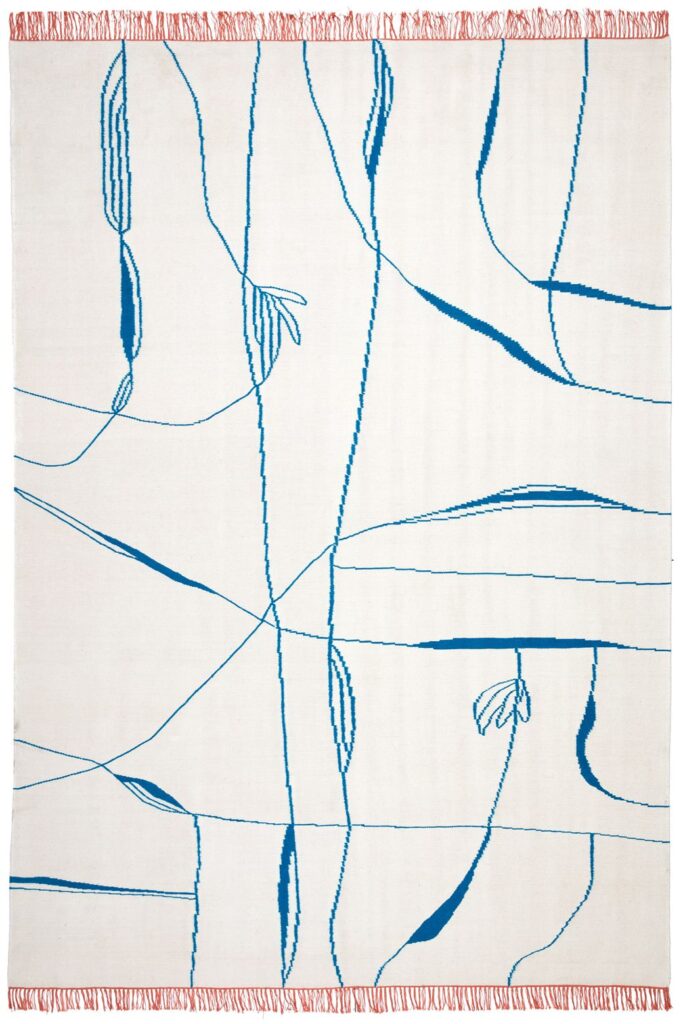 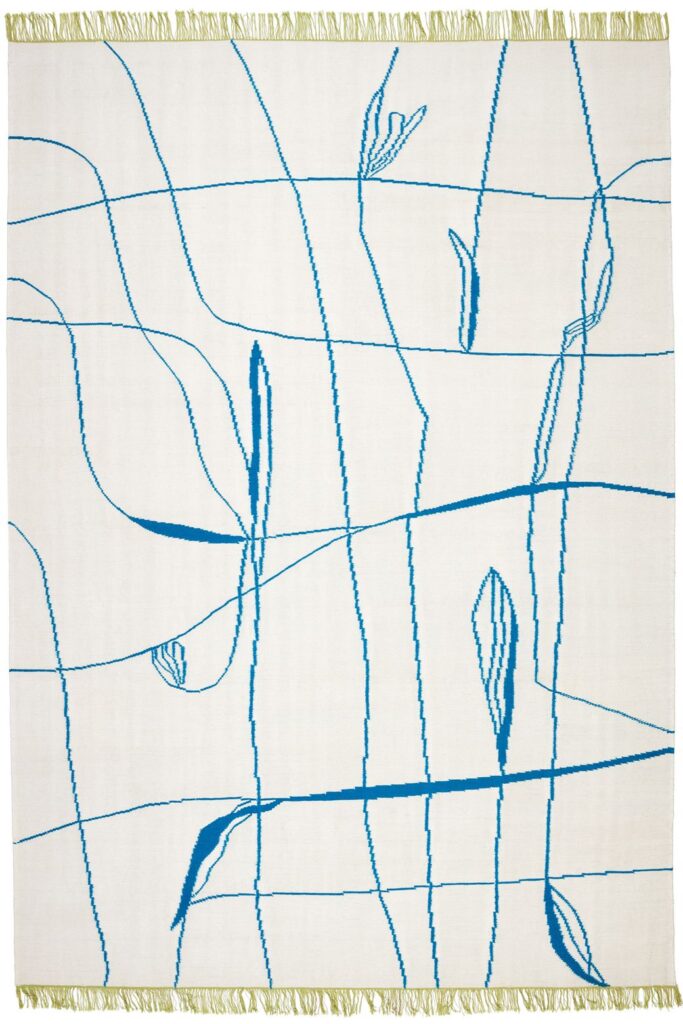 Ravie vert
Are you a professional? Let's project together Discover contract service
Discover how to customize one of our rugs Our bespoke service
Any questions?
Let us help you Check FAQ
Sign up for the newsletter Every month for news and curiosity on the world of design